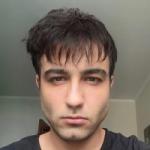 Node.js technology is a platform developed for coding high-performance network applications using JavaScript. The founder of the Node.js platform is Ryan Dahl. Node.js has transformed the language JavaScript totally. Now, it is really widely used as a common programming language and has a very strong and large community of fans among the developers. The platform is used for creating both servers-based web applications and client-oriented network applications. Also, Node.js is available for use on different operating systems starting from OS X and ending with traditional Windows OS. Professional Senior Node.js freelancers at your service! AOG select potential contractors considering their performance abilities, experience, portfolio and of course skills they possess. Thus, all the Node.js freelance masters presented on the AOG are skilled professionals with years of target experience in complex web solutions development. Using the unlimited capabilities of their skills, experienced Node.js developers can quickly and efficiently implement any project on really high level.

CSS is a true cornerstone of frontend programming. CSS technology allows us to build the structure of web pages quickly, comfortably and without wasting time. CSS is also known as a Junior Frontend Developer starting point :) CSS is mostly used for visual presentation of pages written using both HTML or XHTML, however CSS format can be successfully applied to other different types of XML-documents. Today, CSS is one of those essential tools which took the A-line in the arsenal of every freelance or agency's FrontEnd developer. Some people even are even joking that CSS and HTML may be taught in schools soon. And that’s not just a dull joke, because CSS has become so common that it is now virtually everywhere. While looking for a qualified Full Stack CSS developer, ask the candidates to send you some links to the websites they have developed. Check them out and you will find out whether this person has enough skills or not. Using AOG you can quickly get the future contractor much easier, because all our CSS freelancers have the relevant and verified experience.

A back-end developer is in charge of server side of a project, logic and integration of front end team development. One of the main responsibilities of a back-end team is coding in a general language, mostly in Java, C# and PHP. Recently Microsoft and the .NET community puts remarkable emphasis on C#. Ruby, Python and other technologies are growing in demand too. Back-end developers are broad specialists with expertise in: versioning; data modelling / conceptualization; code optimization; caching; C; security issues; database design; any web application language with expertise on at least one framework; cloud SaaS applications. If you need a back-end developer or a team check the best IT experts from the list below! AOG works only with reliable and trusted developers!

React.js (or React) is an open-source library for user interface creation. It is aimed at solving problems on partial renewal of a web page that developers of one-page apps are facing. React enables to develop big apps that use vast amounts of changing data without page reload. With this technology this process is fast, simple and scaled. React works only with user interface side used in apps. Currently React is used by Netflix, Sony, Yahoo and others huge companies. If you want to appear in this list request AOG React experts and get the best match for your project!

Oh ho ho! HTML, the good old HTML ;) Well, you know probably everything about this digital giant, don’t you? Anyway, we will say, that nearly everything you may find on Google was written using HTML. It’s like an English language - it’s in every browser’s window you have opened during last two minutes. HTML is a standard language which is used for creating a frontend part of web pages. Most web pages are created using the language of HTML (or XHTML). HTML document is processed and displayed in the usual human form. In other words, HTML is something that can make thousands code symbols look like a complete friendly interface. Full Stack HTML Developers represent probably the largest professional IT community. There are a lot of Middle FrontEnd HTML Developers as well as highly qualified Senior FrontEnd HTML Developers and it may be quite hard to choose the best one, so we offer you to choose the qualified guys from our verified catalogue! Hire a html-jedi with us and get a 24/7 AOG managers support!
Expirience0 years
English level
Level
Make an Offer 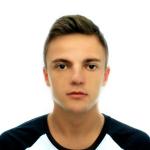 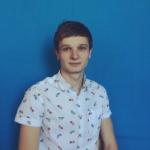