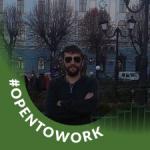 AOG follows IT trends and has experts in the latest technologies. Android is a mobile operating system for smartphones, tablets, e-books, watches, netbooks, smartbooks, Google glasses and other devices. Originally the system was developed by Android Inc. Later on Google bought it and now Open Handset Alliance initiated by the company is in charge of Android platform development and support. This system is developed on Linux core and Java from Google. Lots of modern devices are designed on Android and it is constantly developing. Today voice-based features (calls, texts, navigation), multitasking of apps, TV recording, video calling and multiple language support are available. Android devices are set for native and instant apps. Gaming industry develops thousands of products for devices working on Android system. This technology is wide-spread for startups and misc mobile apps. Android developers are on demand now and AOG offers its clients the best Android experts. Check the skills of our IT talents and choose the one for your project!

In the 1990s, С became probably the most outstanding language used for general purposes. The language was commonly used for pure system programming, software development, drivers programming, powerful server or client programs creating and even in the industry of video games development. C++ has significantly influenced on other popular languages: C # and Java. Frankly, it is quite hard to assess all the possibilities of this language. Suffice it to say, that almost all software we had been using to get closer with computers, was written in C. Today, C language is still popular and highly qualified C developers are really in demand. Find the right developer using our catalogue! You can choose an experienced Senior C Developer or a talented Middle C Developer, but everyone will provide you with an exciting service! Every developer is verified and was previously checked by AOG’s recruiters for you!

Symfony Technology offers an open PHP framework that implements a so called MVC concept and automates the most common web tasks. It is a widely customizable system designed for web applications developing and managing. Today, it’s available under the worldwide known MIT license. Furthermore, Symfony is a free software, so its popularity scales are truly incredible! The very first version was launched on 18 October 2005. Symfony is aimed at accelerating the creation and support of different web applications and helps developers to avoid time-consuming while solving any trivial problems in development (eg. validation forms writing). High skilled NET Developers from Eastern Europe already took the best places on the IT market! For example, it will be decidedly a good choice to hire an experienced freelance NET Developers team from Ukraine. Combining good technological skills and budget-friendly rates, Ukrainian Full Stack Dot Net Developers may be definitely good technical partners for you. Find them on AOG!

MongoDB is database management system that doesn't require a circuit description tables. MongoDB occupies a niche between fast and scalable systems that operate data in the key-to-value form and relational DBMS which are more convenient in queries forming. MongoDB code is written using C ++ and distributed under the license “AGPLv3”. The main conceptual advantage of the system is quite flexible language of queries forming. Information storage and documentation language used in the system is much more productive than others. It may allow you to use resources much more efficiently and comfortably while managing the data sets. Database programming is a very specific IT-field. That is why you may need a highly experienced Mongodb freelance developer to get your DB tasks done. Obviously, if you are rapturously planning to offer a great code challenge, it would be probably better to hire a Middle or Senior Mongodb Developers ;) On the AOG we use sign the contracts in the English jurisdiction, so the freelance developers contracting processes are absolutely secure and trustworthy.

Swift was created by Apple and works with Cocoa frameworks also being compatible with Apple codebase written in Objective C. Swift was programmed as easier to read and error-adaptive language and is considered to be a good start for young programmers. Swift works with safe patterns and adds up-to-date characteristics making coding more simple and adjustable. It is measured to be one of the fastest developing languages globally. Swift is the best option for writing iOS, watchOS, and other “OS” apps. Developers love it thus add new features and capabilities to it. Request Swift experts at AOG today and create great projects together! We are looking forward to see which projects you will create with it.

React.js (or React) is an open-source library for user interface creation. It is aimed at solving problems on partial renewal of a web page that developers of one-page apps are facing. React enables to develop big apps that use vast amounts of changing data without page reload. With this technology this process is fast, simple and scaled. React works only with user interface side used in apps. Currently React is used by Netflix, Sony, Yahoo and others huge companies. If you want to appear in this list request AOG React experts and get the best match for your project!

Getting into IT is not that difficult it used to be. Its dynamic nature makes specialists learn more techniques, tools and languages. To make a worthy project it is necessary that for a developer to be aware of a serie of misc technologies. Full stack developer has skills both at front- and backend. He/ she is able to work with database, PHP, HTML, CSS, JavaScript and make Photoshop mock-up into a ready-for-use template. Full stack developer needs to be able to work with all these technologies and does not need to be pro in all of them. So a good full stack developer knows about the following: System administration (Linux, shell scripts; cloud technologies like Amazon and Rackspace; search servers settings like Elasticsearch; Varnish, Memcached and other cache tools; monitoring - Nagios). Web development tools (version control: Git, Mercurial, SVN; VirtualBox, Vagrant). Back end technologies (web servers: Apache, Nginx; programming languages: NodeJS, PHP, Ruby; data base: MySQL, MongoDB, Cassandra, Redis, SQL in general). Front end technologies (HTML / HTML5, CSS / CSS3: LESS, SASS, media queries, JavaScript and its derivatives: JQuery, AngularJS; AJAX, JSON, XML, WebSocket; responsive design). Whatever project you need experts at AOG are at your service. Choose the best full stack developer and create projects together!
Expirience4.3 years
English level
Level
Make an Offer 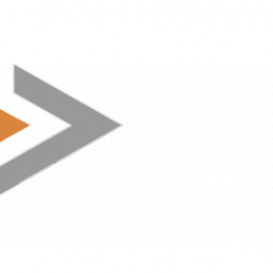 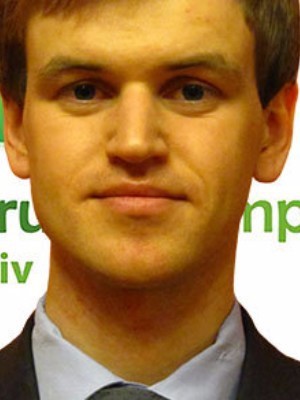